With the increasing use of metadata to record & display Regions/Areas within images I have recently started to identify problems where various imaging packages have created a plethora of Regions/Areas on an image using the various differing standards (MWG-RS:Region List, IPTC Extensions:Image Regions, MP:Regions, Area Tags etc) along with probable software bugs where multiple different overlapping regions for the same object, incorrect orientation flags causing misplacing of regions etc.

Whilst on-screen representation of the areas and the related data is essential where there are overlapping areas or off-screen / edge conditions or duplicated identical areas present the on-screen presentation of the areas have problems. In these situations a tabular presentation of the areas is essential, allowing the duplicated information to be more readily spotted and/or located where off image & edge conditions prevail. An example is the image below, where differing packages have created identical areas but with incorrect orientation information also other viewers which seem to have a mind of there own as to orientation for the areas! This example was chosen for simplicity and doesn't show any multiple identical placed areas which can be a a significant problem to identify from image information alone!

To this end can I propose that an additional view be available for the tabular display of all Region/Area data within an image in conjunction with the visible image itself, this could be an overlay on the current Preview screen or a separate righthand pane where the data can be displayed and edited (Create/Edit/Delete functions) as well as or in conjunction with the Preview display.

Use of the existing views are limited;
Details righthand pane - is complicated by the way that the textual information is distributed throughout the metadata sections and its duplication in differing sections which causes additional problems when trying to delete data as it is repeated in other metadata sections!
Custom Info view - is difficult to use due to formatting of long lines and field separators.
Grid view - is again limited due to field lengths 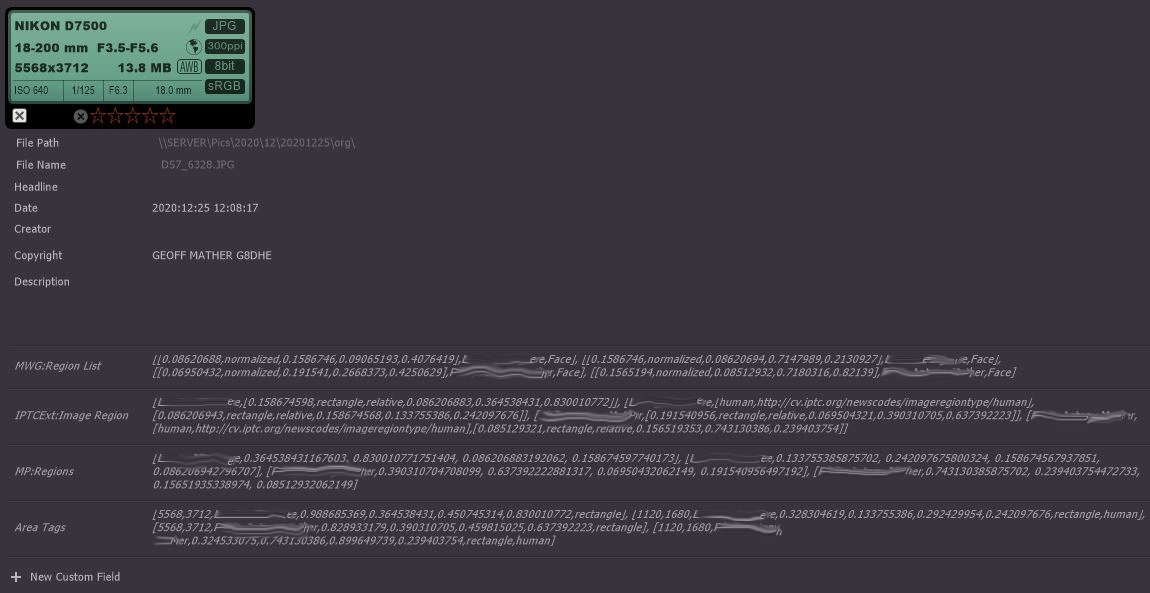 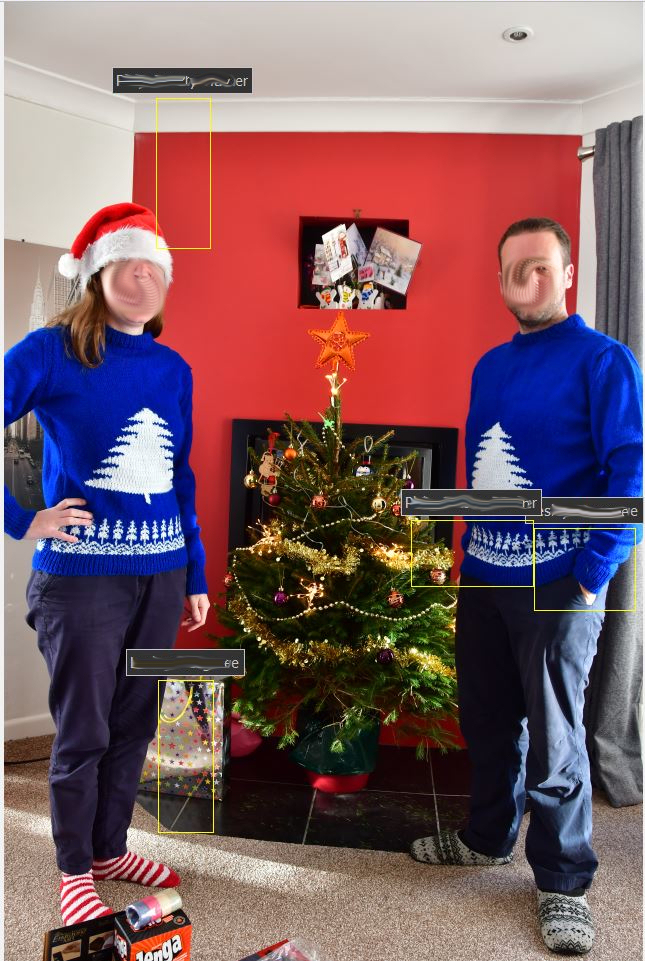 So am I alone in looking at these problems ? Do others on here have similar problems ? Have you found other ways of tackling it ?
I've created a Mantis report as per the first line of this posting .....
Any thoughts on the subject

So nobody else having any problems of any sort, or no one else using areas a great deal ? I guess I may have a lot then!

I've got a few thousand images with area - and several thousand more to add when I get the time to progress the family archive - but no duplicate areas, AFAIK.

The main area-related issue I have is when cropping or (much less common) rotating the images - usually in DXO. Unsurprisingly, the position of the areas aren't adjusted to take the crop into account, so have to be manually adjusted.

The main enhancement I'd like in PSU is copying face areas between photos, to speed up the process when multiple images contain similar groups of people - as per this Mantis request.
Top

Yes cropping is always going to be a problem I guess as it would require manipulation of the positions during the editing process to know where the locations will end up in the final image. Rotating ought to be a lot easier as the new positions can be calculated provided the editing program knows to handle the x,y locations.

I suspect most of my duplicate problems have come from using relatively new software, which hadn't taken into account the possibility that areas might already exist, then compounded by the rotation problems.
Geoff Mather (G8DHE)
Top
Post Reply
4 posts • Page 1 of 1