Overall, I am impressed by the speed gain in version 6. It seems that the application is generally a lot more responsive than v5.

Unfortunately, there is one aspect that inadvertently now considerably slows me down - the way keywords are listed in Image details: 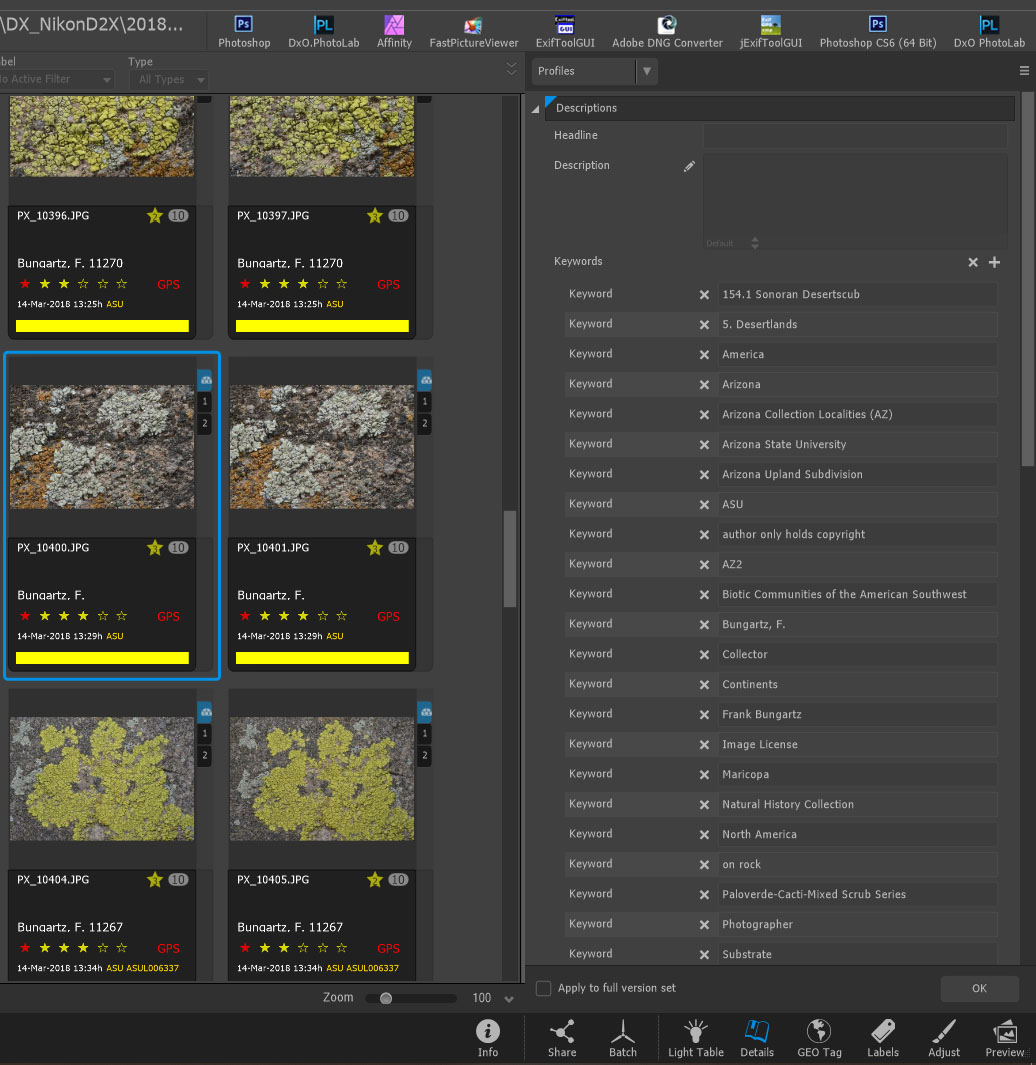 This layout, listing each single keyword in a file in a separate row takes up an enormous amount of space. Is there an option to "collapse" this list?
I do understand why the change was made. I guess people previously were tempted to edit keywords directly from Image Details, which could wreck havoc with the database. The new layout is a lot cleaner, but it also means that I have to scroll down a lot to reach any other section in Image Details.
This does slow me down considerably, because I often use macros to copy data from one XMP field to another. Yes, I can do that with Detail Profiles and I regularly use them, but it still frequently happens that I need to access a particular data entry field. And if an image has a lot of keywords assigned that long list can take up a huge amount of space.
Besides, i don't really ever edit keywords directly from Image Details, so the entire long section of that keyword list is entirely useless to me. It only takes up valuable screen estate.

I guess, I could have submitted a feature request in Mantis for an option to collapse this keyword list. But still being unfamiliar with some new aspects of V6, I am probably overlooking something. So, I thought I first ask...