When I open the GeoPanel, I get a message: "this place can't load Google maps".
The map still appears, but it now has "for development purposes only" written all over it. 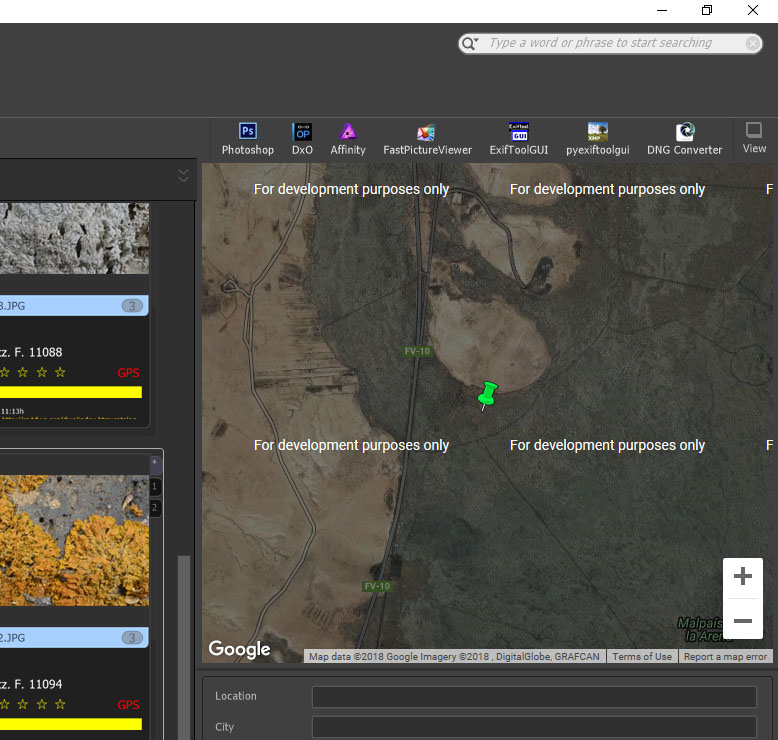 Same thing for me (PSU server edition postgresql 4.2.0.1613 for mac) and only one option (reload) in contextual menu 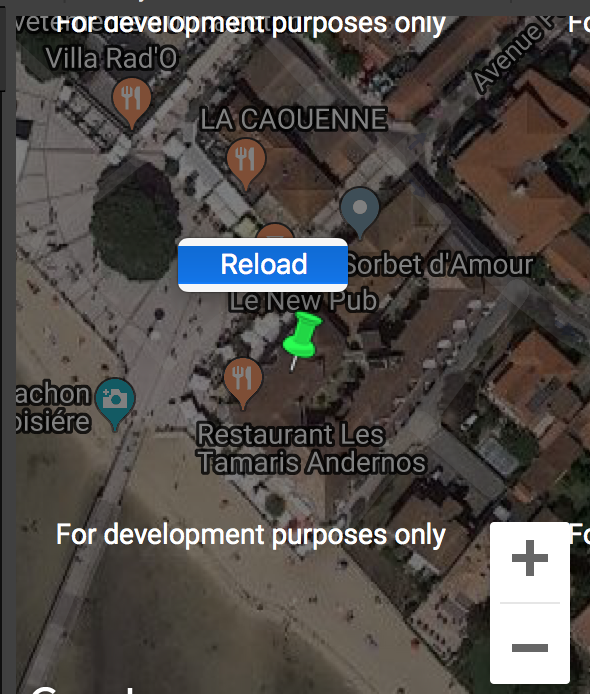 Google Maps is no longer free. You have to associate a credit card so that you can get billed if you have requests that exceed the $200 credit they give you monthly for free. That is why you get the watermarked maps.

The context menu is unrelated. Please report that in Mantis (if not already).
This is a User-to-User forum which means that users post questions here for other users.
Feature requests, change suggestions, or bugs can be logged in the ticketing system
Top

Actually, strangely enough it does not always display the "for development purposes only", sometimes I get a dialog, "do you want to run that script" and if I click OK, the map displays just fine...


change to use one of the flavours of openstreetmap instead of Google (we all hate Google anyway!)

Actually, I MUCH prefer Google! Their satellite images are far superior in regions that have hardly any roads or streets!

Yes, their satelite imagery is good, I admit, as are their maps, for road use anyway. But their ethics are only marginally ahead of FB's IMO, and whilst I have a free account for various reasons (youtube, android devices and as a means of keeping a common address book and calendar synched across multiple devices and apps) I like to keep my involvement with them to a minimum! E.g. I never use their search engine - duckduckgo for me! But that's all off topic I guess, and I imagine there are probably lots of reasons why PSU could not use openstreetmap anyway, like lack of APIs. It was just a thought!
Snowman1
http://www.flickr.com/photos/snowman-1/
--------------------------------------
Top

I would love to have the option to choose between openstreetmap and google.
PSu Server 6 & Postgres 12 on macOS 10.15
PSO 5 on Windows Server 2016

I would also like to have the option to choose. In GraphicConverter you can choose between openstreetmap and Geonames.
Photo Supreme beginner, former Aperture User
MacBook Pro with macOS Mojave
Top

I would also like to see an alternative to google.
Top

Openstreetmap don't provide an API, other than for their own tools, and don't provide satellite imagery, so it would need to be some other provider...
Top

Bing - will have your credit card number too. Apple is available only on OSX Platform - bad Idea for software which is available for Windows AND OSX.
Top

How about MapQuest Open ?
- no previous experience with Idimager whatsoever...
Top

I note that RouteConverter, which was a good product, has been curtailed because of Google's changes, which have forced the developer to withdraw his main edition. https://forum.routeconverter.com/thread ... l#pid17666. As with PSU, this is a pain for me as RC was my weapon of choice for GPX viewing and editing. It's hugely annoying and the software world really needs an opensource solution to this issue right now

Unconnected, Google have also changed their email protocols in a move that is causing great issues for my ISP, as Google is effectively delaying any emails sent to gmail addressses from my - and other - ISPs, sometimes by many days.