I'm using build 3286
What is happening behind the scenes that makes the synchronization service so slow?
I imported a new folder with about 33k images over 12 hours ago and it is still only at 16% completed. Total images now is just over 232k. There is lots of CPU activity, about 16% as well as memory usage at over 3,600 MB. Disk and Network activity is just about 0 with only an occasional blip, so it is doing something. Is this normal?
Now Windows is bugging me to reboot in order to install some updates. If the sync service is interrupted, will it pickup where it left of?
Top

I just did a test here by importing a folder on a network share with 21K images to a new catalog on my local SSD.
After 7 minutes the sync process is at 20% already. That is also the performance that is to be expected.

A more general tip: after importing 33K files, PSU will load all 33K files to the collection viewer. For some additional speed, open a new tab and close the one that has the 33k files open.

If you close PSU then on startup it won't auto continue. But you can use Tools -> Read Metadata to Catalog for all out-of-sync images to get it started again

Importing sync for 21K images in 36 minutes is already blazingly fast. Keep in mind that these images are stored on a network share. If I had the files on the local SSD then the total timing could easily be a fraction of what I'm reporting here.

Maybe nice for others to report some import sync timings as well.
This is a User-to-User forum which means that users post questions here for other users.
Feature requests, change suggestions, or bugs can be logged in the ticketing system
Top

With a HDD instead of an SSD then everything will be a multitude slower.
In the test computer I have a SanDisk Extreme Pro 500GB-M2 installed.

I think your HDD will be overloaded during the import making it a big bottleneck. Check that in the Windows Task Manager. Below is a screenshot of mine during an import with the import sync and the thumb building running together. 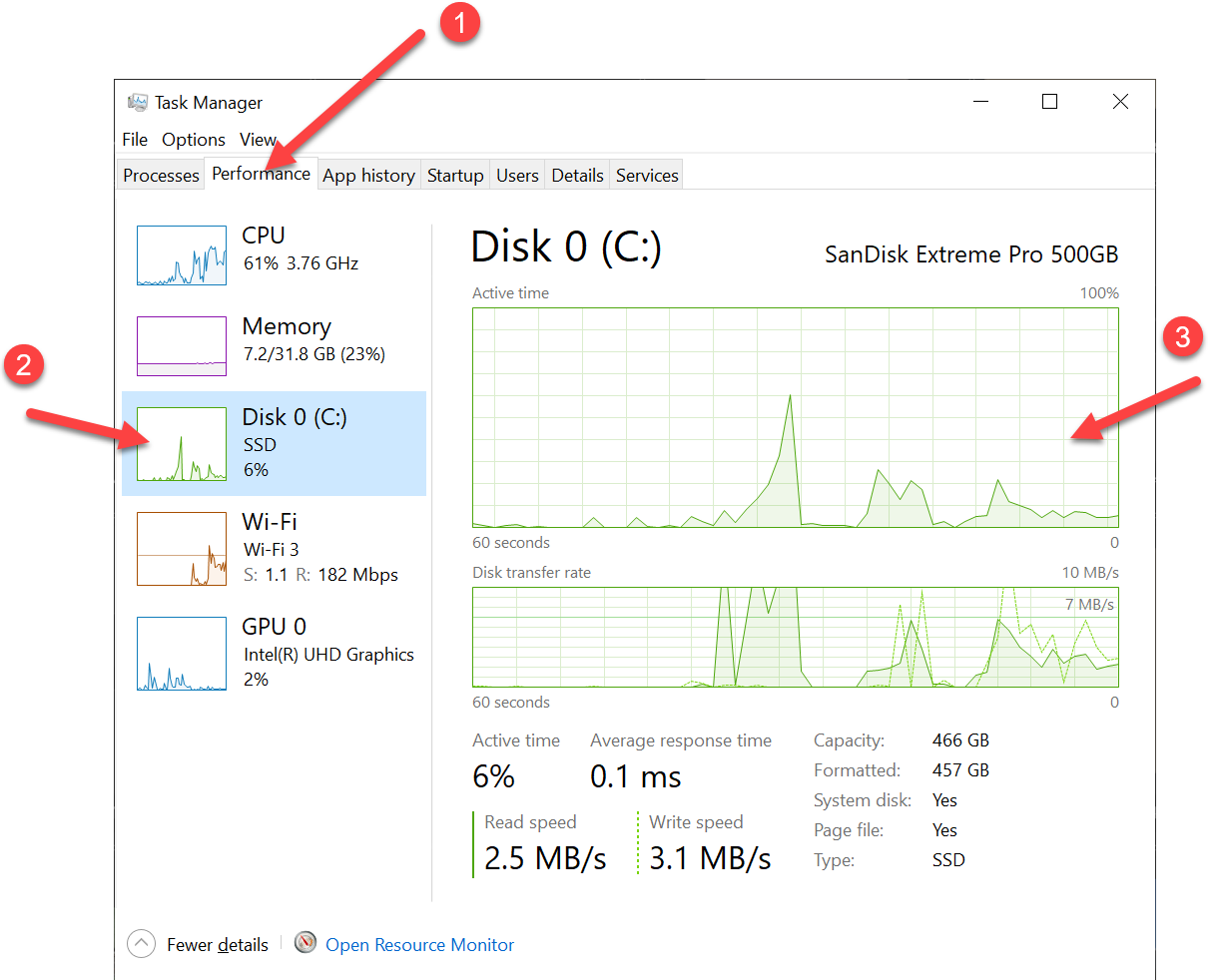 This is a User-to-User forum which means that users post questions here for other users.
Feature requests, change suggestions, or bugs can be logged in the ticketing system
Top
Post Reply
4 posts • Page 1 of 1