File name while in preview

File name while in preview

I double clicked on an image's thumbnail to open it in Preview. I then clicked on the Adjust button to open the Adjust Panel. I then cropped the image and wanted to save a copy of the image with the cropping in effect without changing the original image so I used the handy Save Image As feature that is available by clicking the Flatten Image button. When the save as dialog opened, I realized that I didn't know the name of the original file I was copying. I wanted to name the copy using the original file name with the word cropped appended to it. My file names are somewhat cryptic so I had no way of guessing the file name and there were a lot of other files in the directory that opened. 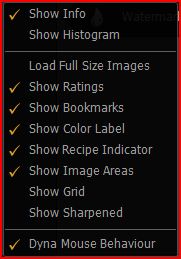 Is this one of the things that's not supposed to be here? Kind of like the Stacked and Not Stacked options that used to be in the Explorer Panel under Catalog by Version State?
Tom Stoddard
Top
Post Reply
1 post • Page 1 of 1